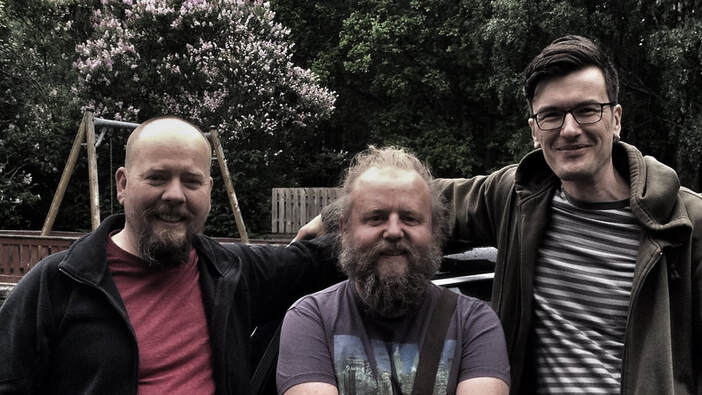 Once every year Tom Benda, Andrew Pearson and Thor Holvila meet up to make an edition of just a few pots together which will be named and stamped after the country they choose to work in.
In 2019 it was hosted by Andrew in the picturesque county of Kent, also known as the garden of England. The 2019 collection was inspired by the St. George's Cross of England as reflected in the bold and detailed works.

​Each pot body is made by one of the potters, then another of the group adds feet, detail and glaze finishes. The pots bears the Triskele stamp, in addition to the two specific potters involved.
​
This series is still in the making, however I went along to get some video footage of these masters at work!
Thor Holvila
.......
Andy Pearson
...
Tom BendaThor Holvila, finished by ​Tom Benda
....
Thor Holvila
.....'
Andy Pearson
...
Tom Benda
...
(see D2292 above) The pots were an outstanding success and I was fortunate enough to be able to buy one of these historic pieces, and another was made for me as a gift! .. These potters share a close bond and are some of the friendliest, nicest and most humble people you could meet.
​
An exciting Raku fired edition was also made LIVE on the Triskele Facebook page!
​ 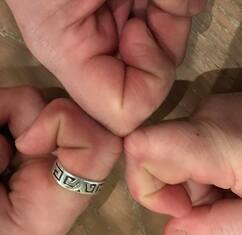 Further works by these potters are available from the EBPC at www.EuropeanBonsaiPotterCollective.com
Copyright © 2015